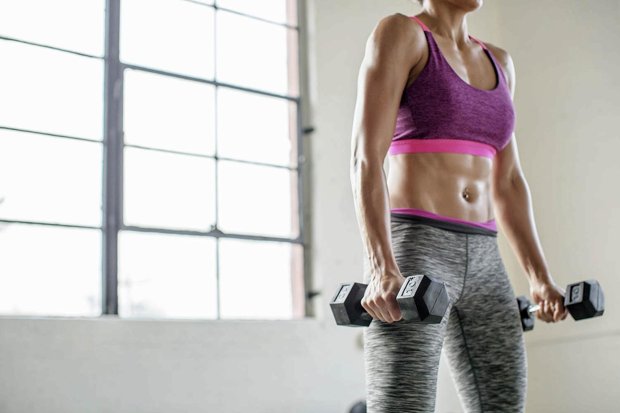 Are we too obsessed with working our abs?

If there has been a single mantra underlying every new workout phenomenon of the past decade, it is this: whatever you do, work your core. Just about every personal trainer and running coach, barre teacher and Spinning instructor has drilled into us that the muscles that matter most are those that lie beneath the rib cage and the pelvis, that wrap around our middle like a corset, extending deep within the body to brace our trunks.

Entire gym classes and boutique studios have been founded on the received wisdom that your midsection should be the focus if you want to be lean and strong, to avoid backache and minimise injuries. Using equipment such as suspension training aids, kettlebells, stability balls and rollers, a solid core has become the goal of the fitness-minded, earning bragging rights for those who manage to attain it.

And, inspired by celebrities who credit their washboard stomachs to endless core-targeted routines, we have lapped up the advice about core engagement to activate even the deepest of abdominal muscles, the transverse abdominis. Without core strength, we have been warned, our limbs cannot move freely, our breathing is hampered and, what’s more, we look awful. Get it right and you will run and cycle faster, walk better, appear taller.

Yet are these practices worthy of being held in such esteem? Increasingly, experts think not, claiming that the concept of the core has been misinterpreted and overplayed. Their advice is to park the plank and cut down on the crunches, to focus our efforts elsewhere — anywhere, in fact, but our middles.

When it comes to all-round fitness, core-specific workouts amount to only a fraction of what is needed to get a better body. “It’s futile to do an enormous amount of core work,” says the trainer Matt Roberts. “Having a strong set of core muscles is just one element of having a fit and healthy body and other factors, such as cardiovascular and aerobic work, strength, mobility and flexibility, are of equal importance.”

As for the idea that endless crunches and V-sits, planks and roll-outs will help to eradicate the layer of fat around your middle, there is simply no evidence it leads to leanness. “A lean midsection comes down to diet, not core exercises,” says Steve Mellor, of Freedom2Train, based at Claridge’s in central London. “My take-home advice for clients who aren’t professional athletes is that core work should be supplementary exercise that is important but only one piece of a big puzzle. They should not be obsessed by it.”

Many of the popular workouts that have emerged as a result of the fitness industrywide core fixation fall short on several levels. The core comprises muscles in the stomach, lower back and mid-back, as well as those extending to other body parts. Yet, says Dalton Wong, who trains A-listers at his exclusive Twenty Two Training gym in southwest London, most approaches neglect some crucial core muscles in favour of others, rendering results superficial in every sense of the word.

“What happens is people focus on muscles at the front of the abdomen, in their stomach and waist, to the detriment of their gluteal and mid-back muscles — both of which are crucial for a strong midsection,” Wong says.

Thomas Nesser, an associate professor of physical education at Indiana State University who has conducted studies on the effects of popular core-training methods, says: “People think that ripped abs are a sign of a strong core but that’s not the case. A six-pack means you’ve worked those particular muscles so you can look good at the beach.”

Even from an injury and posture- perfecting perspective, the six-pack’s dominance is questionable. In his work attempting to find a positive link between a strong core and improved functional movement (that’s lifting, standing and walking, for example) Nesser has drawn blanks, concluding: “Despite the emphasis fitness professionals have placed on functional movement and core training for increased performance, our results suggest otherwise.”

Mellor estimates that “for elite athlete clients, core training might provide a 2 per cent performance gain” in terms of injury prevention, but it’s unlikely to be even that high for the rest of us. “The general conclusion in nearly all studies is that more research is needed to establish the importance and periodisation of core stability training,” Mellor says. “Theoretically, it makes sense that it should help to some degree and lots of studies have shown there to be some improvement. However, the markers of it being useful are not conclusive and need to be further explored.”

Lynne Cantwell, a physiotherapist for Six Physio in Fulham, southwest London, agrees that “the huge overemphasis on core strengthening is unwarranted” and that, far from being the bedrock of your workouts, it should consume a minimal amount of exercise time for most people. “Its importance has been blown out of all proportion purely because of aesthetic reasons,” Cantwell says. “It’s no good going to endless core-based classes if you are unfit or want to lose weight. You need more than they can provide.”

What, then, should we be doing? Experts don’t dispute that a strong middle is an important aspect of overall fitness. However, it is the extent to which so many of us target the area in isolation that is increasingly frowned upon. “The greater truth is that all exercise and sport works your core,” says Roberts. “There is no magic bullet and the more varied your workouts, the better. Quite simply, putting extra effort into whatever you are doing will make your core muscles work harder.”

The benefits of that express core workout you slip into your lunch hour are likely to come from the cardio the class entails, not the side twists and sit-ups claiming to hone your middle. Forget endless Pilates and ballet moves at the barre, the surest way to build core strength and general fitness is through any activity that forces your body to move in different ways. “When you move in a 360-degree motion — forwards, backwards, sideways and in a circle — as you would in any sport from tennis to football, swimming to running up hills, your midsection is naturally working to stabilise your body,” says Wong. “The key thing to remember is the core does not need working on in isolation and, indeed, should be worked together with your upper and lower body to build all-round strength.”

At the very most, says Cantwell, you should devote one session a week to core work, but not at the expense of cardiovascular and strength training. And if you can’t fit it in, it’s no big deal. “Core workouts have their place, but they should not take precedence over other exercise for most people,” says Mellor. “They have been put on this pedestal because they are about your abs and stomach, but they don’t deserve to be there.”