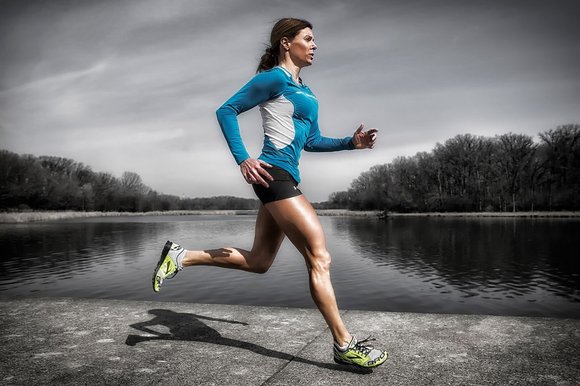 You know you’ll live longer if you eat well, exercise, avoid binge drinking, give up smoking and stay out of the sun. But, according to anti-ageing experts worldwide, that’s not enough to avert the ageing process. Sally Brown tells you what you need to do.

Middle-age spread is one of the telltale signs of ageing, but forget taking up jogging if you want to get rid of it. The best way to remain paunch-free as you age is to lift weights. “If you’re over 30, strength training is far more important than jogging,” says the anti-ageing expert Dr Miriam Nelson of Tufts University, Massachusetts. The reason it is so vital is that, from the age of about 40, women lose about lb of muscle every year. As muscle is metabolically active, and requires more calories than fat for daily maintenance, the more muscle you lose, the more your metabolic rate declines and the more you gain weight. The only way to boost your metabolic rate is to prevent muscle depletion by strength training.

In one study, published in the American Journal of Clinical Nutrition, women who did regular strength training burnt, on average, an extra 300 calories a day. Pound for pound, muscle takes up less room than fat, which is why so many women who take up strength training find that they drop a dress size. Strength training has other anti-ageing benefits, too. “In my study of 40 post-menopausal women, published in the Journal of the American Medical Association, after a year of strength training, twice a week for 30 minutes, their bodies had become 15-20 years younger,” says Nelson. “All the participants regained bone instead of losing it, as women normally do at that age.”

Research over the past 30 years suggests that eating two-thirds of the recommended daily calorie intake — ie, 1,400 calories a day for women and 1,800 for men — can stave off the ageing process. The theory is that restrictive eating inhibits the creation of free radicals, the destructive particles that harm genes and proteins, and create wrinkles. One easy way to do it is to practise Hara Hachi Bu — not a martial art, but a tip from the longest-living people on earth, the inhabitants of the Japanese island of Okinawa. It means stopping eating when you are 80% full. By doing so, you naturally cut up to 40% of calories from your diet. An alternative, according to researchers at the National Institute on Ageing in America, is intermittent fasting. It is thought that fasting produces mild stress, triggering the production of substances known as stress-resistance proteins, which hold off disease.

In addition, fasting increases the production of a brain-derived neurotrophic factor that promotes learning, memory and the growth and survival of nerve cells. You can get the effects by cutting back to 500-600 calories one day per week or fortnight (ie, having just one meal that day). During the rest of the week, base the bulk of your diet on fruit, vegetables, whole grains, nuts, lean meat, fish and low-fat dairy.

“Flossing your teeth nightly can make a significant difference to how fast you age,” says the American anti-ageing guru Dr Michael Roizen. “It can take as much as 6.4 years off your age. This is because the bacteria that cause periodontal disease appear to trigger an immune response that causes inflammation throughout the body. A side effect is inflammation of the arteries, a significant precursor of heart disease.” A new study from the Karolinska Institute, in Sweden, reinforces this view. It reveals a direct link between periodontal or gum disease and cardiovascular disease in women — the number-one cause of premature death in the UK.

The higher up the social scale you are — with a good job and education — the longer you will live, according to Professor Sir Michael Marmot, an epidemiologist at University College London who studied the subject for more than 30 years for his book Status Syndrome. How educated you are also makes a difference. Those with PhDs live longer than those with masters degrees, who in turn live longer than bachelors of arts. “People usually think it’s smoking and diet that determine life span,” says Marmot. “But the evidence shows they are only part of the story. Position in the social hierarchy is clearly related to health, wellbeing and length of life.”